Just when you thought Wordpress.com was safe, I have put up a blog there.

A Poem for No Particular Reason

Posted by libhom at 9:16 PM No comments:

Email ThisBlogThis!Share to TwitterShare to FacebookShare to Pinterest
Labels: poems

Queer, Isn't It gets the hat tip for this hysterical video.

I love how the crazy rightist nutjobs are calling their protests "teabagging." I guess they don't know that teabagging is putting your balls in someone else's mouth. Progressive Eruptions is running a hysterical photo of a really dumb teabagger from the April 15 astroturf rallies.

Two can play at this game. I have found funny photos on Flickr mocking the whole teabagging thing or funny photos of the protests. The rightists sure have provided us with comedy gold. 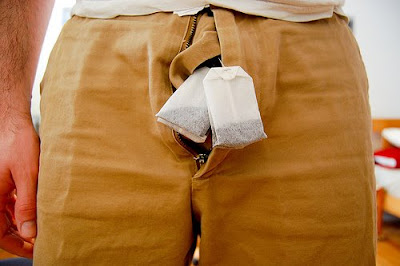 I laugh at how this clown with the blank expression thinks he speaks for everyone in the country. 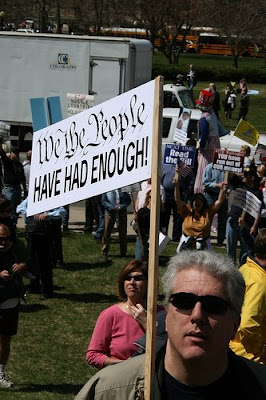 What is a good Christian woman like her doing teabagging in public? (Her comment about America being a Christian nation is wrong too.) 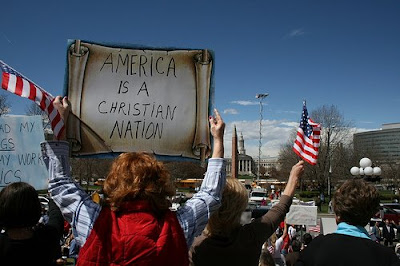 Cry me a river for rich people who don't want to pay their fair share in taxes. 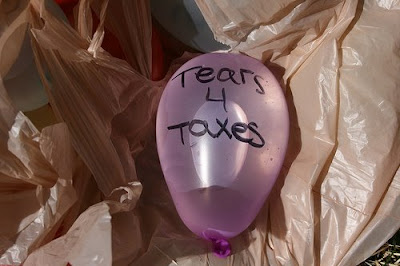 I wonder if poor Brenden sees the unintentional humor in so many of the photos he took of the teabagging imbeciles.

This imbecile's sign is hysterically funny. This kind of nonsense only seems sensible to a true Randroid. 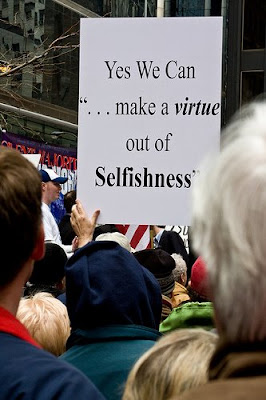 Sorry guys, I've looked at over 100 teabagging protest photos on Flickr, and none of the guys were hot.
Posted by libhom at 5:37 PM 1 comment:

Posted by libhom at 7:53 AM No comments: